Chinese technology company Huawei has unveiled its much-anticipated new lineup of P-Series smartphones at a launch event in Paris.

The P20 has a 5.8in FHD+ LCD while the larger P20 Pro has a 6.1in FHD+ OLED screen, both with a notch at the top similar to Apple’s iPhone X containing a 24-megapixel selfie camera.

Both devices have a fingerprint scanner on the front but no headphone socket and will be available in four colours, Twilight, Pink Gold, Midnight Blue, and Black.

Huawei Consumer Business Group CEO Richard Yu says the company skipped the P11 moniker and jumped straight to P20 as the latest models had major improvements over the previous generation. He also revealed a new logo for the company.

The company also launched its wireless earphones called Huawei FreeBuds that have their own charging case, and offering 10 hours of playback when fully charged. 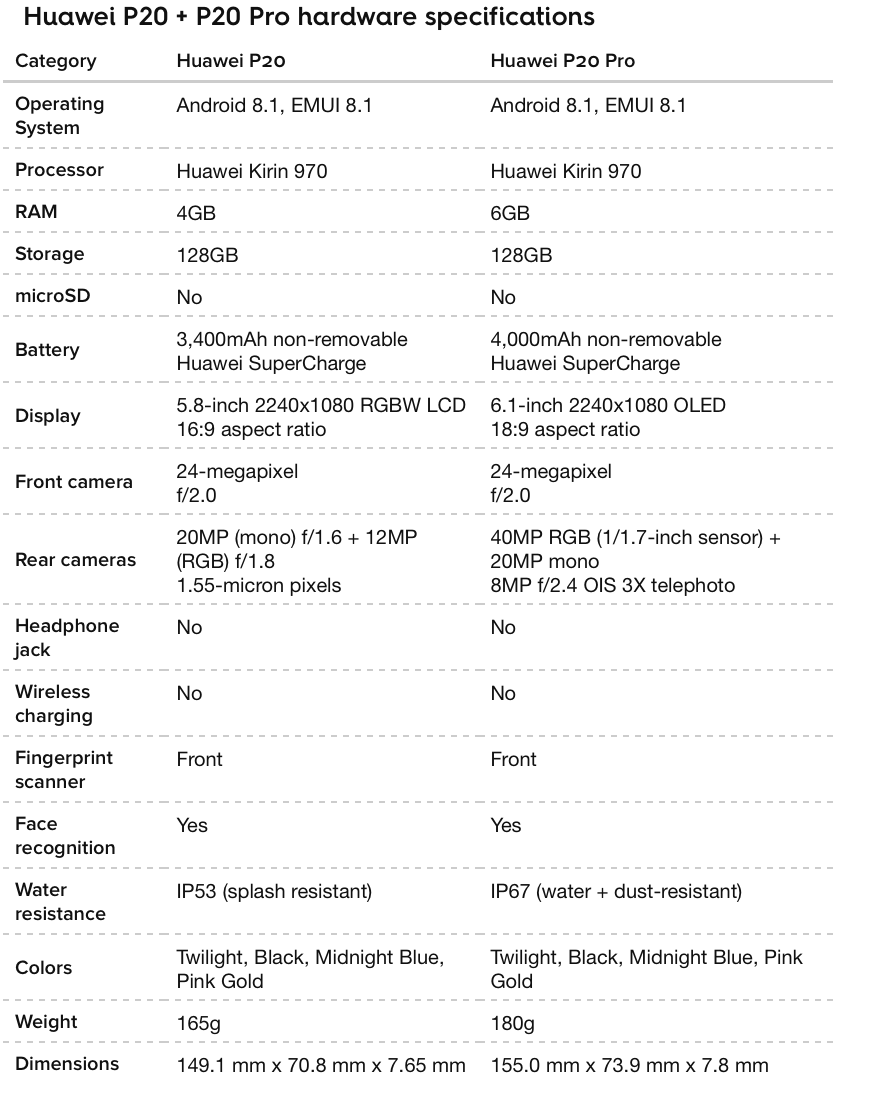