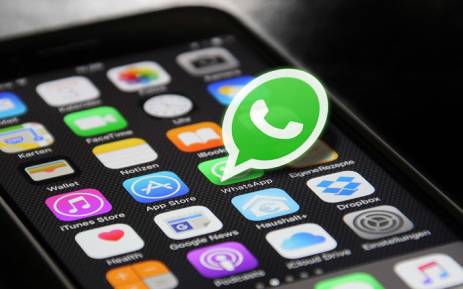 If there is one irritating app on my smartphones, it’s WhatsApp. Don’t get me wrong, I’m all for social media and WhatsApp is a brilliant platform, but when people abuse the social media site for monosyllable answers, discussions and debates, it becomes a nuisance and frustrating.

It may be partly my fault as I belong to a number of groups. While some are important to retrieve information, others have become a platform for nonsensical jibber jabber.

It’s not a great feeling when you leave your smartphone alone for a few hours and you have more than a 1000 messages, some of which include photos, chain messages and data sucking videos.

What is also critically important is that we have become more reliant on data. With the advent and progression of the smartphone, data has superseded the likes of SMS and even the occasional voice calls.

WhatsApp has the potential to deplete your newly replenished data at the beginning of the month like a running tap. If you don’t have a cap on your usage, you will have to consider working that overtime you thought about to pay your mobile bill.

WhatsApp is a great app and helps a lot, especially in the journalistic field. You get tip offs about news, crime, accidents, protests and many other stuff. It’s also a valuable tool for receiving pictures from the scene of a news story including officials sending you sound bites, which is critical for radio news.

On a personal level, WhatsApp allows you to keep in touch with family and friends both locally and intentionally and is a technological marvel in the way we communicate in today’s age.

However speaking about technology, I once received a tweet from a person when I was covering the launch of the Samsung Galaxy S9 saying: “What is the point of this from an Islamic radio station?”

So if I understood correctly, its okay, to use technology, but because we are an Islamic radio station, I can’t write about it? I don’t understand some people. Does technology not interest Muslims? I guess that’s a story I need to write about another day.

Remember the old days when you had to pick up the telephone to tell someone something? The conversation used to go on and on and on, and before your realized it, the phone bill would’ve been the amount of your grocery spending.

Whatsapp often gets abused by people who just have too much time on their hands, nothing to do or do not provide any constructive or intellectual discussion on chats that should have been taken off the public platform and into a private conversation.

If you are part of the many groups that I am, trust me you’ve seen it all. Long excruciating debates, cultural and personal insults, racism, religious discrimination even personal attacks which sometimes is shocking when you realize who said what.

While I don’t want to preach about the etiquettes of social media, spare a thought for that person who has about twenty groups and when the messages start coming in thick and fast, it sounds like a musical ringtone.

Yes you could mute the groups and that helps, but when you check your phone, after even a few minutes, hundreds of messages have silently crept into the app.

So I’ve taken a decision, while I enjoy Whatsapp. It’s the groups that have driven me to the point of insanity… and it’s a welcome relief that I’ve discovered the “delete group” button. It was there all the time, but I’ve never used it for the fear of missing out.  Guess what? I haven’t.

So it’s goodbye irritating groups, hopefully with you gone, I’ll get some sleep at night, without someone that is suffering from insomnia or who is bored sending a ton of messages at 2am when I have be up at 4am…