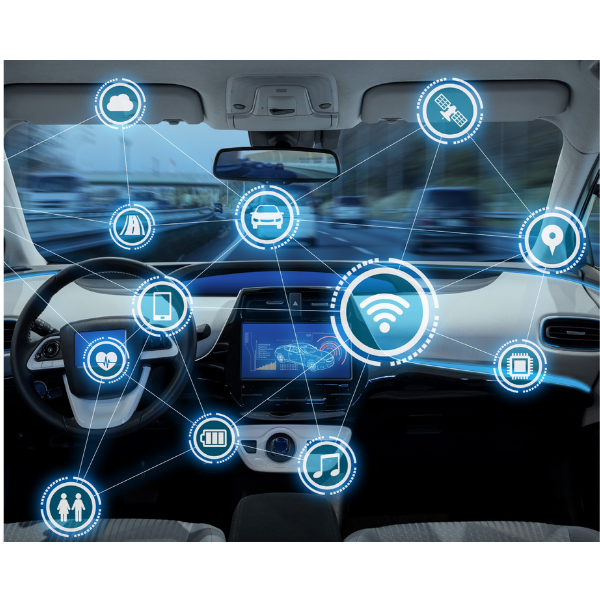 Why flash storage is the connected cars’ new best friend

As  urban infrastructure and the development of edge data centres  establish a key role in the eventual success of connected and autonomous transport, the need for on-board data storage has never been more prevalent.

The automotive industry is going through profound changes as connected vehicles become the norm.

With every technological development, innovation and smart addition to the vehicle, each car becomes in itself, a server on wheels, from increasingly centralised architecture, to in-depth infotainment consoles, the sheer amount of data cars now create presents challenges when it comes to the car’s storage requirements.

There are current on-board flash storage solutions such as the embedded Multi-Media Chips interface (eMMC), but the need for higher performance to transfer data to and from the systems in the car requires a faster interface.

To help manage the sharp rise in fast data, the Universal Flash Storage (UFS) interface offers a suitable solution for the next generation of vehicles.

But what are the benefits of flash storage, and how is the technology solving the industry’s challenges?

Changing automotive architectures and the impact on data

Automotive architectures are changing dramatically, from dispersed control units to one centralized system in a car. Previously, an Electronic Control Unit (ECU) had a specific function according to its use case. These ECUs eventually became connected to each other, but the networks still acted independently of one another. With gateways, it is now possible to achieve coordinated cross-network communication, enabling the handling of increasingly complex, data rich-tasks. system with its virtualisation techniques like the use of hypervisors.

UFS has emerged as the first choice for high data throughput, with shorter write and read sequences, in conjunction with high capacity storage. Originally developed for mobile devices, UFS offers next-generation vehicles the benefits derived from its development and optimization in mobile radio technology, a field that is subject to high technical demands, and the processing of large amounts of data.

With flash providing clear benefits in an automotive setting, the question now resides in how much storage the connected car needs, and which applications require the most space?

The technology behind flash storage and its benefits

The most critical features of NAND flash memory in cars are reliability, write endurance and data retention. A wide variety of factors can strongly influence the latter, for example the way in which data is written from the application to the flash, which has a strong impact on its lifetime. This is because small data packages stored at arbitrary addresses place a greater load on the flash than large amounts of information that is saved all at once.

3D NAND technology has primarily established itself in automotive electronics with the ability to create higher flash capacities. With this, the technology can scale and meet the future demand from automotive applications for increasingly large memories. With larger capacities, fewer flash modules are needed. This means they can then be installed in central locations reducing the hardware costs that would have been incurred if they were installed in a distributed manner.